What’s better than great music, craft beer and delicious food? Not much if you ask us! This year, the Sunshine Music Festival is coming to Boca Raton! Clear some space on your calendars for next Sunday, January 17th and get ready to enjoy a day you won’t forget!

Who: This year, the show will be headlined by the Tedeschi Trucks Band. You will also be able to see and hear live performances from Indigo girls, Hard Working Americans, Jorma Kaukonen, The Jerry Douglas Band and many more!

If you’re in it for the food and drinks, don’t worry you won’t be disappointed. There will be a full service wine bar in addition to the mix of great food trucks and fine-brewed craft beers. Want to taste different wines by the glass? Want to try a bottle of beer you’ve never had before? At the Sunshine Music Festival, there will be something for everyone (as long as you are 21 or older to drink). 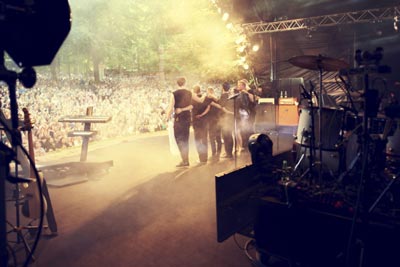 The recognition of our environment is a chance to showcase all of the things that are beautiful on this planet. On the flip side, it should also…

Routine maintenance at home, especially when referring to your HVAC system, can have huge benefits to overall well-being, your wallet, and the…